Join Us at Boston Pride!

Boston Pride is right around the corner. Since our founding, the Green-Rainbow Party has supported equality for everyone. This Saturday, we will be marching along with our candidates, Danny Factor for Secretary of the Commonwealth, Ian Jackson for Treasurer, Merelice for Auditor, and Jason P. Lowenthal for U.S. Congress. We would love your company in the parade and afterwards at the festival to collect signatures for our candidates. Show your Green-Rainbow pride, your support for our GBLT brothers and sisters, and help out our candidates! 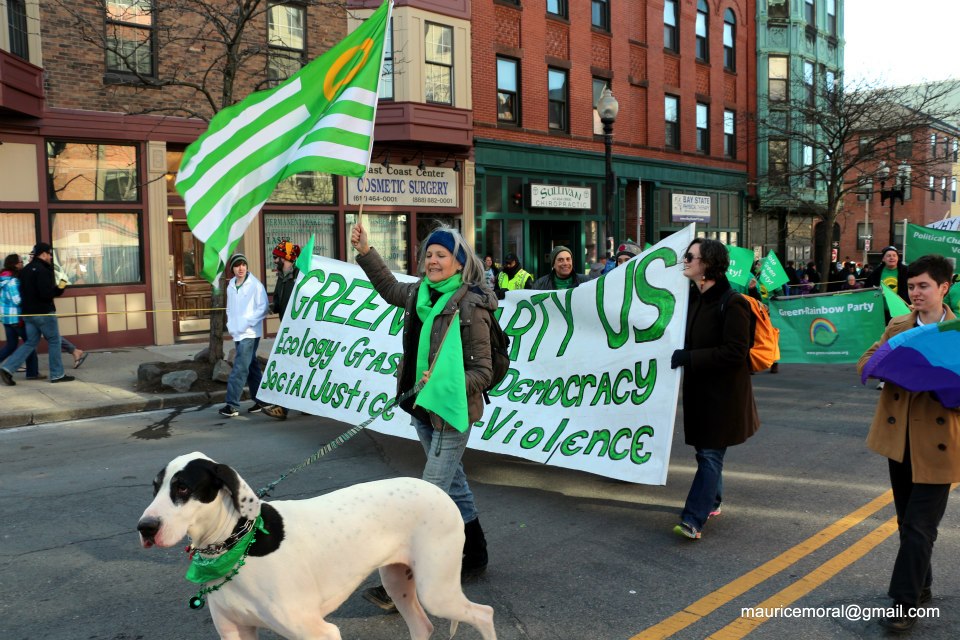 The Green-Rainbow Party Contingent in the Boston Pride Parade will be meeting near the statue in front of the Prudential Center, on Boylston Street between Fairfield and Gloucester Streets. To march with us, come as early as 9 AM (but no later than 10 AM.) After the parade, even if you didn't march, join us at the Boston Pride Festival at Government Center from noon to 6 PM to help gather nominating signatures for our candidates! If you've already been collecting signatures, bring your sheets with you to turn in to us!

Here is a link to show you a map:
http://dft.ba/-grp-bostonpride

We hope to see you there!