"No to Nato" Rally on Boston Common 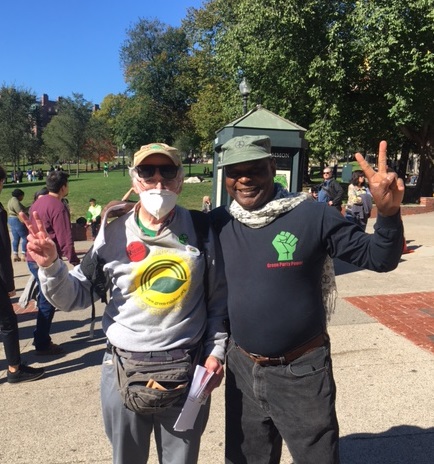 Peace groups again rallied on the Boston Commons on October 22nd to oppose the disastrous war machine and the US-led role of NATO.  Several representatives of the Green-Rainbow Party spoke to the audience.  Mike Heichman, a founding member of the GRP delivered our co-Chairs' statement:

"We strongly support this mobilization against injustice and war and for “People, Planet and Peace”.  Our Party knows that NATO wars and sanctions are causing more misery and death across the globe while denying its own people economic and ecological sustainability at home. No to NATO!