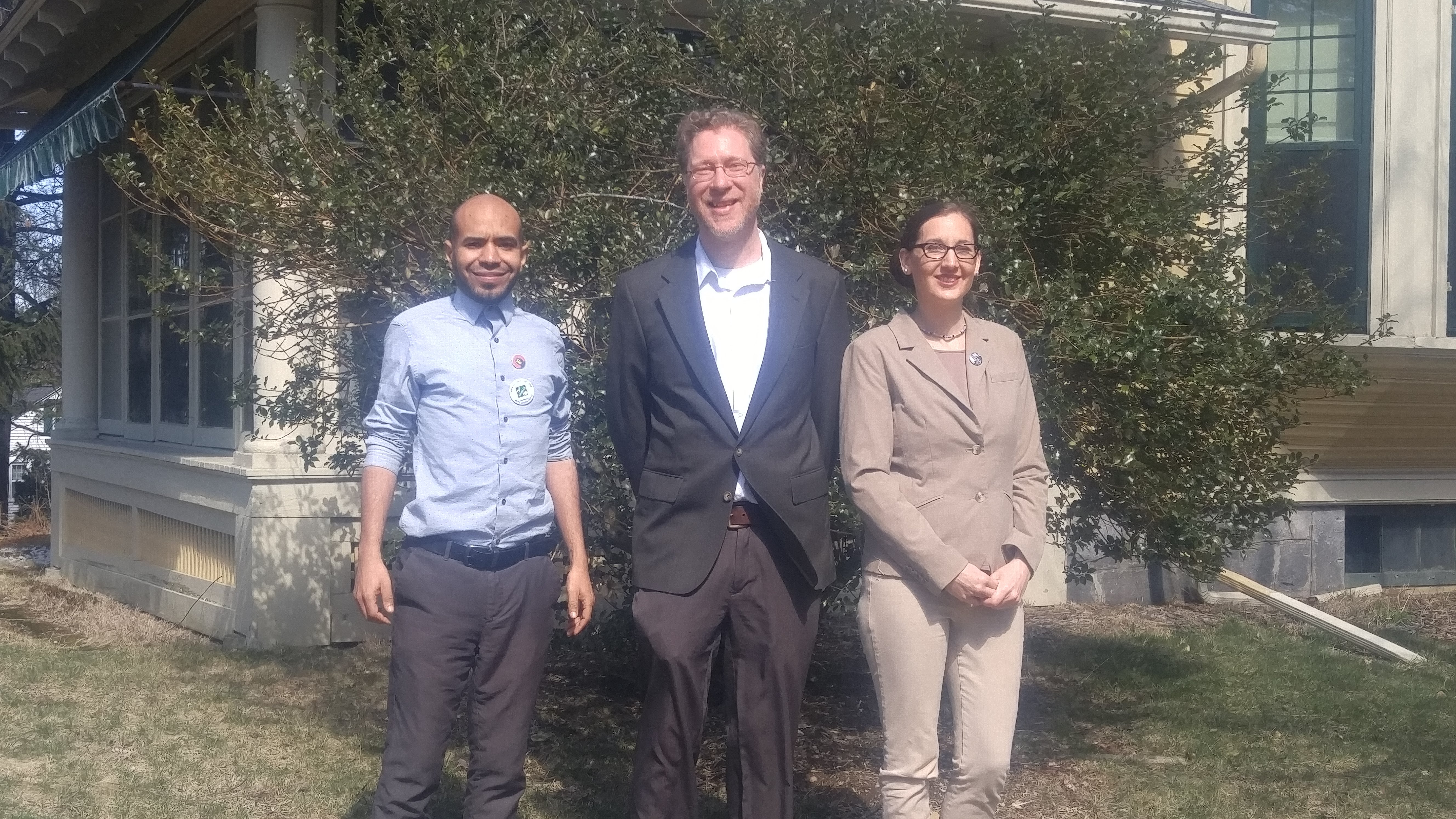 On Saturday, April 28 we ask you to join the three Massachusetts Green-Rainbow candidates as they launch their campaigns to challenge the Democratic and Republican dominance on Beacon Hill.  Stops are planned in Pittsfield and Holyoke. A separate kick-off in Boston is planned for May 1. According to Juan Sanchez, candidate for Secretary of the Commonwealth “We want voters to know that they can cast a vote for justice, fairness, and openness - that they have an alternative to voting for the machine candidates of the two parties that rule Beacon Hill”

Sanchez is a community activist from Holyoke who ran for Holyoke City Council in 2017. According to Sanchez,  “I am challenging an incumbent who has been in office for 24 years. He is supposed to take the lead in protecting our democracy, but under his leadership, the rate of unopposed races for state legislative offices has hovered at 70%.  Citizens go into the voting booth and find that their vote is worthless because there is only one name on the ballot. Secretary Galvin has demonstrated no concern, no ideas, and no interest in fixing the blatant unfairness of our election laws that are designed to protect incumbents from voters.  He is part of the machine and part of the problem. As Secretary, I want to restore power to voters and make our democracy work for everyone.”

Jame Guerin, who is running for State Treasurer, is a mother of five from Northampton.  According to Guerin “I am very aware of the economic pressures that are being imposed on ordinary people as they struggle to make ends meet in an economic system designed to make the rich richer.  I want to put the State Treasurer squarely on the side of the people. This can’t be done as long as the Treasurer is focusing on taking money from people through the state lottery and playing along with the big money system on Beacon Hill.  I will work to establish a state bank that will treat consumers fairly and give us an alternative to being fleeced by Wall Street.”

"Jed Stamas, a science educator from Northampton, is running for Massachusetts State Auditor. According to Mr. Stamas, "the job of the auditor is to ensure that state funds are spent effectively, appropriately and efficiently, and I don’t see that happening in Massachusetts today. Given the recent reports of flagrant financial misconduct in the state police and the widespread abuse of children under DCF care, I will audit these agencies on an ongoing basis until their issues are resolved.”

As a sign of their determination to remain free from the corruption of money on Beacon Hill, the three Green-Rainbow candidates have pledged to refuse money from corporate lobbyists and from officers of any corporation that employs lobbyists to influence state government.  “If you’re not a clean money candidate, you shouldn’t ask voters to put you in a watchdog office,” says Mr. Stamas.

The three candidates received an enthusiastic endorsement from Jill Stein, recent presidential candidate for the Green Party.  “"This fall voters all across Massachusetts have an opportunity to vote for three exceptional candidates with unquestioned commitments to open government,  justice, and economic security for all people. . . Let’s vote to raise the standards on Beacon Hill!"