"Dagger at the Throat of Democracy" 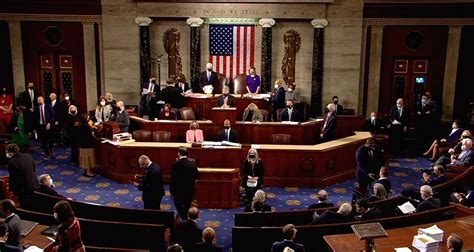 On Wednesday, January 20th, all Republicans and two Democratic senators in Washington killed the Freedom to Vote and the John Lewis Voting Rights Amendment Acts for the year. President Joe Biden, in a highly promoted speech January 11, warned that the Republicans are “placing a dagger at the throat of democracy”. Meanwhile, Senate Minority Leader Mitch McConnell accused the Democrats of “trying to take over our democracy on a one-party basis.” Both major parties have been sounding the alarm that American democracy is threatened...by the other party.

President Biden was referring to 2021 when, at least, 34 voting suppression laws were passed, by Republicans, in 19 states. Republicans claim that these measures will help ensure the integrity of the vote.

Unstated in the strident bipartisan accusations is the real threat to democracy. Democrats and Republicans are united in their desire to mutually control voter choice by eliminating independent and third-party candidates in many unstated ways. Those are the real daggers at the throat of democracy.

For over five decades, both Democrats and Republicans built a money-driven system that guarantees success for politicians who are favored by the wealthiest one percent of Americans. Together, the major parties have erected party structures, financing requirements and regulatory barriers that suppress less wealthy or independent candidates. Voters have responded with distrust and lack of electoral participation. In the highest voter turnout of the 21st century, only 68% cast their ballots in the presidential race of 2020.

There are seven REAL daggers at the throat of democracy:

#1) Voter Suppression. The right to vote for your own choice of candidate is smothered in the debate on who is “entitled” to vote.

#2) Big money. Obscene amounts of money are required to run for office. In Massachusetts, voters approved by a 2-1 margin a Clean Elections public funding system that could have broken the hold of big money on politicians. The Democratic-controlled legislature refused to fund the system and eventually repealed the law on an unrecorded voice vote.

#4) Mainstream Media. Hundreds of millions of dollars raised by the two big money parties is spent on political advertising. And corporate radio and television reward their benefactors by propagating their messages in their news coverage while censoring out candidates critical of their big advertisers.

#5) Lesser of two evils system. When there are only two choices, negative campaigning is encouraged because a loss for your opponent is always a gain for you. Voters may justify voting for a disappointing candidate because is it “better than the alternative.” The conspiracy between the two parties to keep out dissenting views allows unpopular candidates and legislative measures to continue to be elected.

#6) Control of ballot access. State Republican and Democratic commissioners can and do set procedural hurdles to limit candidates to their well-funded party members.

#7) Federal Election Commission. The FEC is made up of three Democrats and three Republicans. Their mission is to keep big money out of federal elections. Rather than serving as a vigilant watchdog, the FEC often acts as an enforcer of discipline in service to the big money parties who are most hostile to election fairness.

The seven threats above the real daggers at the throat of democracy. But you won’t find them mentioned in the high-pitched harangues of the Republicans and Democrats. Measures such as Ranked Choice Voting, public funding of elections, and returning the control of elections to non-partisan bodies would go a long way to protect our nation from these vicious assaults on our democracy.

The Green Party stands for disarming those who wield these dangerous daggers.