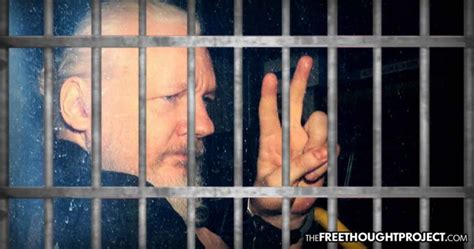 Assault on Assange Continues As More Press is Muzzled

"Congress shall make no law respecting an establishment of religion, or prohibiting the free exercise thereof, or abridging the freedom of speech, or of the press, or the right of the people peaceably to assemble, and to petition the Government for a redress of grievances."    1st Amendment of the US Constitution

Stirring language, wonderful aspiration. These rights are being seriously eroded. This update is to keep our readers informed about the status of Julian Assange’s case, the grave threat to  Freedom of Speech, Freedom of the Press, and the ensuing crisis that engulfs us when censorship prevails.

This current attack on freedom of the press and speech is aimed at internet publications, most notably beginning with the persecution of Wikileaks publisher Julian Assange 12 years ago. It is now cascading throughout journalism and even impacting our interpersonal relationships.  The ghost of Joe McCarthy lingers over our country.

First the update on Julian Assange and then onto the downstream effects.

As of this issue, the status of his  case;

This prosecution/persecution extends well beyond British or U.S. legal peculiarities, beyond the personage of Julian Assange, and transcends to a global assault on truth.  It is predictive of a future devoid of reliable media, thereby eliminating a mechanism of redress for crimes of the ruling class.

America, we have a problem!!

As an unpopular war accelerates climate disasters, the suppression of free speech has escalated:  notably expanding restrictive legislation on demonstrations at state and local levels, the voluntary silencing of our major mainstream media,  the suspension and/or cancellation of political participants ( left and right)  in Twitter and other social media platforms, manipulation of social media platform algorithms to diminish contacts and the outright removal of YouTube archives produced by such well-respected commentators as Chris Hedges,  taken individually and collectively destroy the foundation of democracy.

Our voices must be heard in the halls of congress, on editorial pages of our print media, on radio talk shows, throughout social media, and on the streets.

Democracy can not survive a shuttered press.