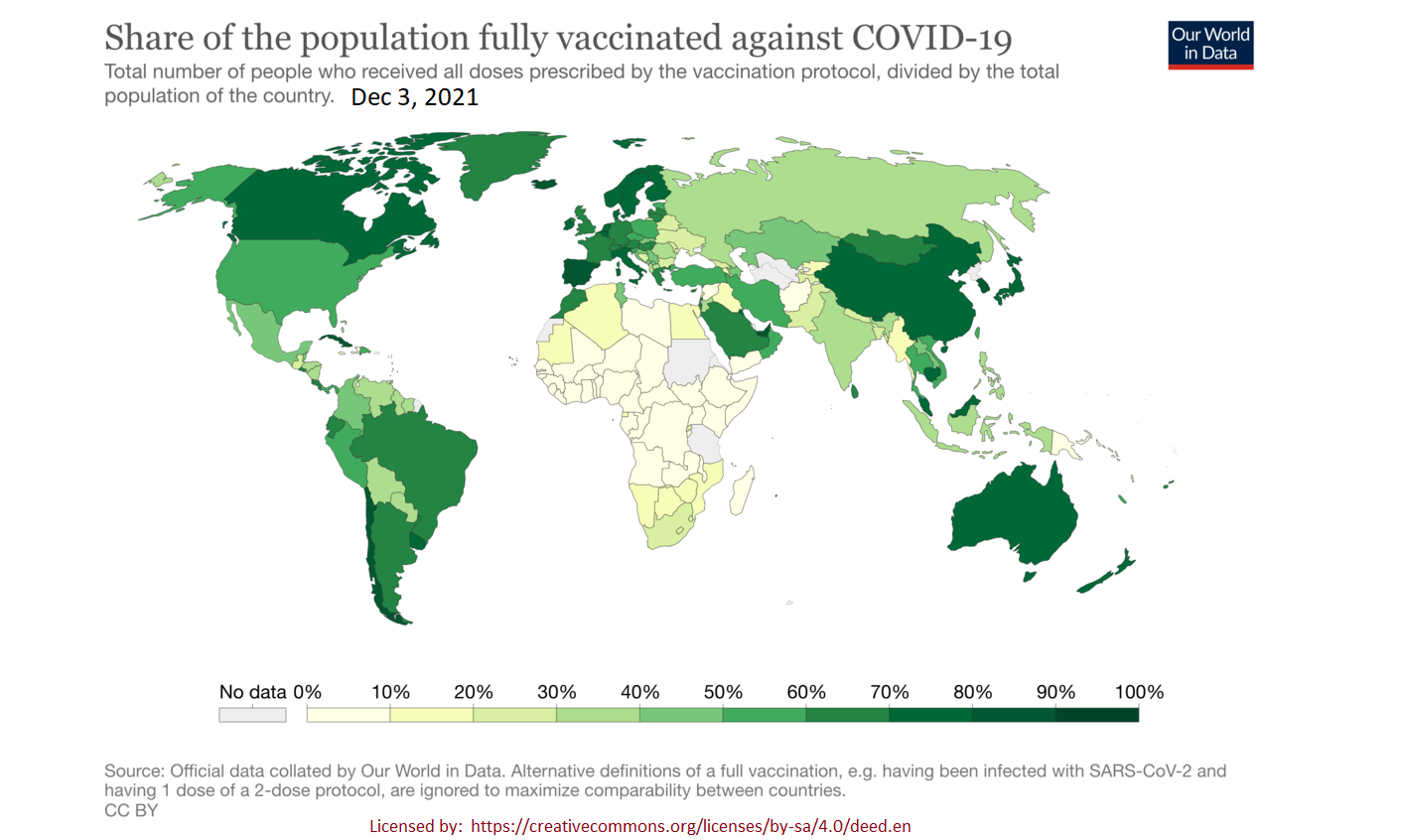 With the new omicron covid variant burning its way through the US and global populations, Green Party activists demanded that the Biden administration follow through on its stated policy of having covid vaccine patents waived in order to make covid vaccines affordable and available throughout the world.

“Global vaccine apartheid, where covid vaccines are too expensive and unavailable to people in low-income countries, is not only immoral. It is also a public health threat to people in high-income and relatively highly vaccinated countries like the US. President Biden should do all he can to lift the covid vaccine patents in order to enable all nations to cheaply manufacture and distribute the vaccines,” said Howie Hawkins, the Green Party candidate for President in 2020.
Howie was interviewed by WBAI-FM, Pacifica Radio in New York City for their Dec. 29, 2021, 6pm news. Howie's segment on ending vaccine patents runs from 20:50 to 25:00.
Public health experts say that expanding vaccination throughout the world would curb the amount of virus in circulation and reduce the emergence of new mutations and variants in regions where vaccination rates are low.

The Green Party's 2016 presidential candidate, Jill Stein, a medical doctor, commented, "Making vaccines available without deadly patent restrictions is one of many critical steps that should be taken immediately to address the wider crisis in public health underlying the COVID-19 pandemic. Predatory profiteering should be eliminated from pharmaceutical sales and health care in general. And it ought to start by making life-saving treatments available as a public good. A nation that's squandered $21 trillion dollars on disastrous militarism over the past two decades can afford to put health care over profit at home and abroad, starting with simple steps to end vaccine apartheid."

74% of all vaccines dispensed this year went to high and upper-middle-income countries, while less than 1% went to low-income countries.
The World Trade Organization (WTO) can waive covid vaccine patents globally with unanimous support from all 164 members. India and South Africa proposed such a waiver in October 2020.
President Biden came out in support of a vaccine patent waiver in April 2021 and reiterated that position on November 26. But behind closed doors three days later at an informal meeting of the WTO’s Council for Trade-Related Aspects of Intellectual Property Rights (TRIPS), Biden administration representatives did not push for a patent waiver.
The US government could also require its own US-based pharmaceutical companies to share vaccine know-how with the World Health Organization (WHO). To support the national defense imperative of global vaccination, the president has the legal authority to take that step under the Defense Product Act. But Biden has refused. The US government already possesses the recipe for the Moderna vaccine because government scientists from the National Institutes of Health (NIH) co-developed it.
The Biden administration also has the authority to make vaccine formulas public under Section 1498 of the federal code, which provides for an eminent domain takeover of patents in the public interest, and under the “march-in rights" to make patents public provided for in the Patent and Trademark Law Amendments Act (Bayh-Dole Act) of 1980.
120 companies covering every continent have the technical requirements and quality standards to make mRNA vaccines.

“It is time for Biden’s hypocrisy of taking different public and private positions on patent waivers to end. It is time for Biden to stop pandering to Big Pharma and its opposition to a patent waiver. It is time for Biden to require US drug companies to share their vaccine recipes and to put the pressure on other high-income countries that are opposing a patent waiver, including the European Union and the UK, to support a global vaccine waiver by the WTO,” said Lois Gagnon, co-chair of the Massachusetts Green-Rainbow Party.
“Since the public paid for the development of these vaccines, the vaccines should be in the public domain for public benefit. What we have now is socialized investment subsidizing private profits. The public is being ripped off while public health is being undermined by putting Big Pharma profits before people,” Gagnon added.
The US government spent around $20 billion subsidizing covid vaccine development. The big drug companies are using their monopolies on covid vaccines to charge prices that are at least five times and as high as 24 times their production cost. The pharmaceutical companies that produced the most successful vaccines – Pfizer, BioNTech, and Moderna – will make an estimated $34 billion in profits in 2021.
The Green activists noted the vaccine announced last week by the Walter Reed Army Medical Center, saying that if it does prove to be safe and effective against all Covid-19 and SARS variants, it should be licensed for free because it is wholly owned by the US government.
Public Citizen has calculated that “a $25 billion investment in vaccine production by the US government would produce enough vaccine for low- and middle-income countries in one year.”
The Green activists called upon Congress to adopt the End the Pandemic Now Resolution (House Concurrent Resolution 60), a non-binding resolution that calls on the US government to work in the WTO for a global waiver of covid vaccine patents and to use the Defense Production Act to require US drug companies to share their vaccine technology.
The Greens said that vaccine apartheid during the current covid pandemic demonstrates why the world should replace the system of private patents for pharmaceuticals with a free, universal, and public vaccination system. They expressed their support for the manifesto to “End the System of Private Patents!” issued by the Committee for the Abolition of Illegitimate Debt!” which calls for “the expropriation and socialization under popular control of the private pharmaceutical industry as a basis for a universal public health system that promotes the production of generic treatments and medicines.”
Do you like this post?
Tweet