GRP's 10-Key Values at Work in the Real World 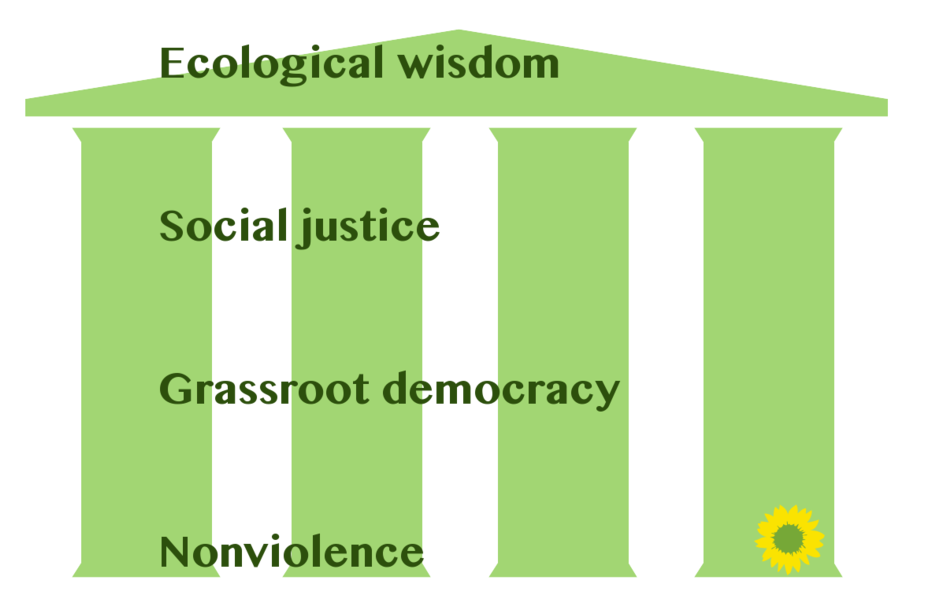 Today we explore: ”Grassroots Democracy” (decisions made as close as possible by those most affected)

Many recall a game played as children called “paper, rock, scissors”. In it we would count, “One, two, three, shoot” and then throw out one hand in the shape of a rock ( closed fist), paper (open hand), or scissors (index and middle finger).  The rules were simple.  Paper-covered rock and won. Scissors cut paper and won. Rock broke scissors and won.--

Little did we expect our adult lives to be controlled by a similar, though far more consequential effort called “land, labor, capital”, otherwise,  the organization of our economic world that determines winners and losers. Land, labor, and capital are the essential components of economic systems. How they are managed, which is prioritized, and how the parts are regulated have a great deal to do with today’s winners and losers.

The adult version is played thusly. “One, two, three, shoot.  Sorry land, capital buys and controls your use and exploitation. Land, you lose!  One, two, three, shoot. Sorry labor.  Capital controls your wages/benefits/work life/family security and your efforts to organize for better wages and conditions. Sorry labor. You lose!”  Our system is rigged so that currently capital always wins. The results are plain to see. The consequences for the people are dire.

Note the qualifier “currently” in the above, for we are living in transformational times, and the game is becoming increasingly vicious.

The rules are being rewritten and that is what this article is about. The key words are “Union Strength”.

20th-century expansion of the middle class was built on the foundation of unions which became increasingly organized and militant in the early  20th century. Improvements in wages, benefits, working conditions, and security were not bequeathed to the working class but demanded until workers’ conditions were improved. This effort hit its zenith in the 1950s with a unionized labor force of approximately 35%. As our politics turned more regressive with Ronald Reagan the union movement entered a steep decline and private-sector organized labor currently stands at  6%.

Over the past 40 years, as unionization stalled, wages have remained essentially flat. It is no wonder that the top 1% of earners now own 32% of our national wealth. From 1980 to 2020, real wage gains ( adjusted for inflation) have been:

This is not a fluke of economics. It is a rigged system, maintained by Republicans and Democrats, that creates wealth for the few and war, environmental collapse, pandemic, prison, and poverty for the many.

But the working class is standing up and labor is on the move. The service sector is expanding, relative to the industrial sector.  The service industry, by far the largest and fastest-growing sector, is a different target than last century’s industrial unionization efforts. Most service workers have lived at the bottom of the wage scale, with few rights and low pay.  Now service workers are winning both improved economic and work conditions as well as respect.  As patrons of these establishments, we should follow the workers’ lead and discuss with them how we can support their efforts.

Let's consider the Massachusetts economy and how we, the Greens, can support this critical re-balancing of the social/economic order by collaborating with the revitalization of the union movement.  The most recent  Massachusetts success, a national “first '', is the unionization by workers of the Hadley, MA Trader Joe’s. They stood firm against aggressive corporate union-busting and prevailed to form the first Trader Joe’s union in the US.  Starbucks workers have succeeded in 6 union drives in Massachusetts. These come following the success of union solidarity at St. Vincent’s Hospital in Worcester, and at the Brookline teachers’ strike.

Union activism is surging across the commonwealth. We Greens must track and support these efforts vigorously.

But, the “times they are a-changin' .'' Unions in collaboration with progressives and the Green-Rainbow Party will be driving the bus. This is Grassroots Democracy alive and growing in our commonwealth and throughout the country.