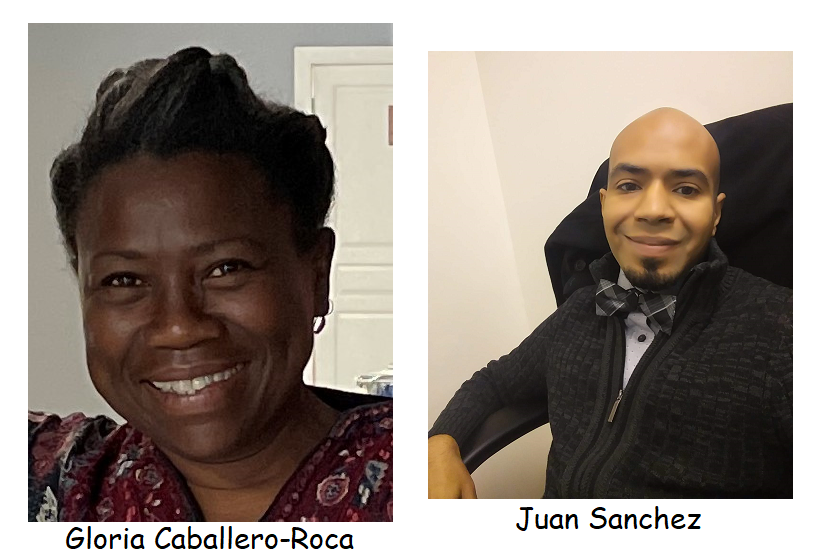 Green-Rainbow politics have always been about hope. And with the candidacies of Gloria Caballero-Roca and Juan Sanchez, there is hope that the values of our party will continue to inspire more citizens to take interest in our progressive vision for the state and our planet.

A successful political campaign doesn’t always mean finishing first, so Gloria and Juan will be building on their past campaign experiences with the hopes of expanding the range and acceptance of the GRP’s messages and priorities. They are both residents of the western Massachusetts town of Holyoke, and together they are seeking state-wide offices – Gloria is running for Auditor while Juan is running for Secretary of State. Both will be on the statewide ballot for the November 8th election.

Juan ran for Secretary of State in 2018 and Gloria was a mayoral candidate in Holyoke last year. Juan finished third with 3.6 percent of the vote, an impressive accomplishment for a third-party candidate in a Democratically-dominated state.

Both candidates are running campaigns of change via inclusion and diversity.

"With everything I do, I want to pave the way," Juan says. "When I ran for Secretary of State in 2018, I became the first Puerto Rican and the first openly HIV-positive person to be on a statewide ballot in Massachusetts. Whether or not I make it into the history books, I’m chipping away at the old guard. I’m creating a path for the people who aren’t being represented, who don’t have a voice on Beacon Hill."

"People will be more interested in government when they see more people who are more like themselves," Juan says. "The Secretary of State needs to be approachable, someone who is relatable. If you look at the history of this state and this country, it’s been old white men - we need to change the image of power. The Secretary’s office needs to be diversified so that people feel welcome and will want to know more about it. They should see it as a tool that they can use for the benefit of themselves, their neighbors, and their communities."

Openly gay, Juan has voted Green since 2012. He is 34 years old and is a Homeless Prevention Counsellor at a local housing agency.

Born in Santiago, Cuba, and raised in Havana, Gloria is an educator at Bard College and Holyoke Community College. She received her second doctoral degree last year.

"I’m trying to elevate the conversation and introduce a different focus on what we talk about in politics, we need to acknowledge people," Gloria says. "It’s time for people to start hearing different voices with different accents and different faces. We want a seat at the table and make our thoughts a part of the conversation. We have valid ideas and things to put forward because whatever political decisions are made are going to affect us for generations."

"From an Auditor’s point of view, I want to see money invested in communities that really are struggling," Gloria says. "I want to see where the money goes when we talk about immigration, climate change, transportation, public health, and Medicare for all. Why are we investing more in war than in people’s quality of life?"