Our Colonial Approach to Health 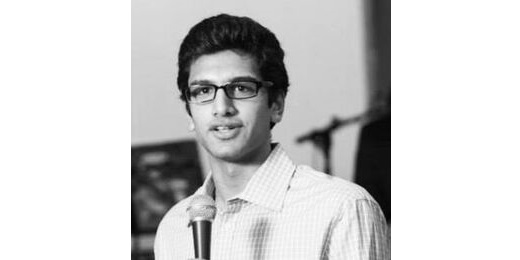 Brendan Eappen volunteered to be a participant in Moderna’s vaccine trial just months after SARS-CoV-2, (the virus that causes Covid-19), was first identified.  Last week, he told Moderna he was going to quit unless they shared the vaccine with low-income countries.

Eappen, a third-year student at Harvard Medical School, is committed to improving global health.  He was struck by the fact that Moderna and Pfizer were able to use new technology (mRNA) to produce a vaccine within a single month.  The Moderna lab was close by… in Cambridge”, he said, “and I knew I wanted to be a part of these historic trials. The preliminary data was really promising, and I thought this vaccine could be what it took to stop COVID-19.”  He joined Moderna’s 30,000 volunteers in the next trial that led to the vaccine getting the green light.

However, “big pharma” has refused to cooperate with the WHO to scale up global vaccine production through technology transfer hubs that could dramatically increase vaccine availability. Moderna has even sued the National Institutes of Health to prevent the government agency from licensing the invention to third parties without Moderna’s permission.  The Trump and Biden administrations stood with their corporate pharmaceutical allies and made only meager efforts to share the vaccine.

“Within a year, over 500 million doses of mRNA vaccines were delivered and over a million lives were saved in the U.S. alone.  But even more people went unprotected around the world.”  10% of people in low-income countries received even a single dose. Most in middle-income countries received vaccines that don’t work as well as Moderna’s or Pfizer’s. “We are idling, or at best picking and choosing who gets a few vaccines and who gets none. We’re blaming countries for not being able to distribute vaccines when there is no predictable supply. We’re misrepresenting vaccine hesitancy as an excuse for inaction. We’re acting like countries in the global south will mess up vaccine production and distribution, not unlike how our leaders claimed people in Africa couldn’t take HIV medication properly because they have no concept of time, so why bother…” Eappen opposes this “colonial approach to health.”

His disillusionment with Moderna’s approach grew.  He knew he could not participate in a program that left out most of the world’s population.  Then, on January 4th, he saw an open letter from Associate Professor Jeremy Menchik, of Boston University, entitled Confessions of a ‘human guinea pig’: Why I’m resigning from Moderna vaccine trials.  Menchik attributed his resignation to Moderna’s actions.  “Instead of going all out to end the pandemic as quickly as possible, Moderna is helping prolong it by not making its mRNA technology available to the U.S. government or other manufacturers so global production can be scaled up quickly — and thereby maximizing its profits.” Brendan started work to gather other trial participants in solidarity, directing them to mRNA4all.org to join forces.

Eappen believes that the arbitrary and “ad hoc” way that the United States in general, and Moderna in particular, have approached global vaccination has created confusion and fear.  “It’s an attitude problem, not a money problem…It’s pretty obvious to say that we all need these proven vaccines, and we shouldn’t have to say who gets it and who has to wait or die waiting.”  “Global vaccination is the only way to protect everyone from illness and economic shutdown, and it’s the only way to stop the next variant that could be far worse than Omicron.” Therefore, he wrote to Stephane Bancel, the CEO of Moderna, to say “If Moderna won’t share the vaccine, I’m done.”  Eappen hopes that the public will demand that Moderna make this taxpayer-subsidized vaccine available without strings to the world’s most impoverished countries, whether through scaling up domestic vaccine production through the Defense Production Act or by obliging Moderna to share the vaccine recipe with the WHO technology transfer hub. It is, after all, the NIH’s vaccine, too.

Why must the U.S. take up this responsibility?  To Eappen, our collective responsibility is clear, “After all, global powers including the U.S. created poverty in the countries without vaccines over generations of colonial and neocolonial extraction.”

Greens are urged to support these brave soldiers in the battle to contain this pandemic.  Write to your legislators and to Moderna at [email protected].  Don’t forget to send a copy of your letters to [email protected].  And join us for the next chapter in this mighty fight for health justice.