August 15, 2018 -- The Green-Rainbow Party (GRP) has delivered its final batch of certified signature sheets to the Secretary of the Commonwealth Offices to officially place the following candidates on the November 6th ballot: 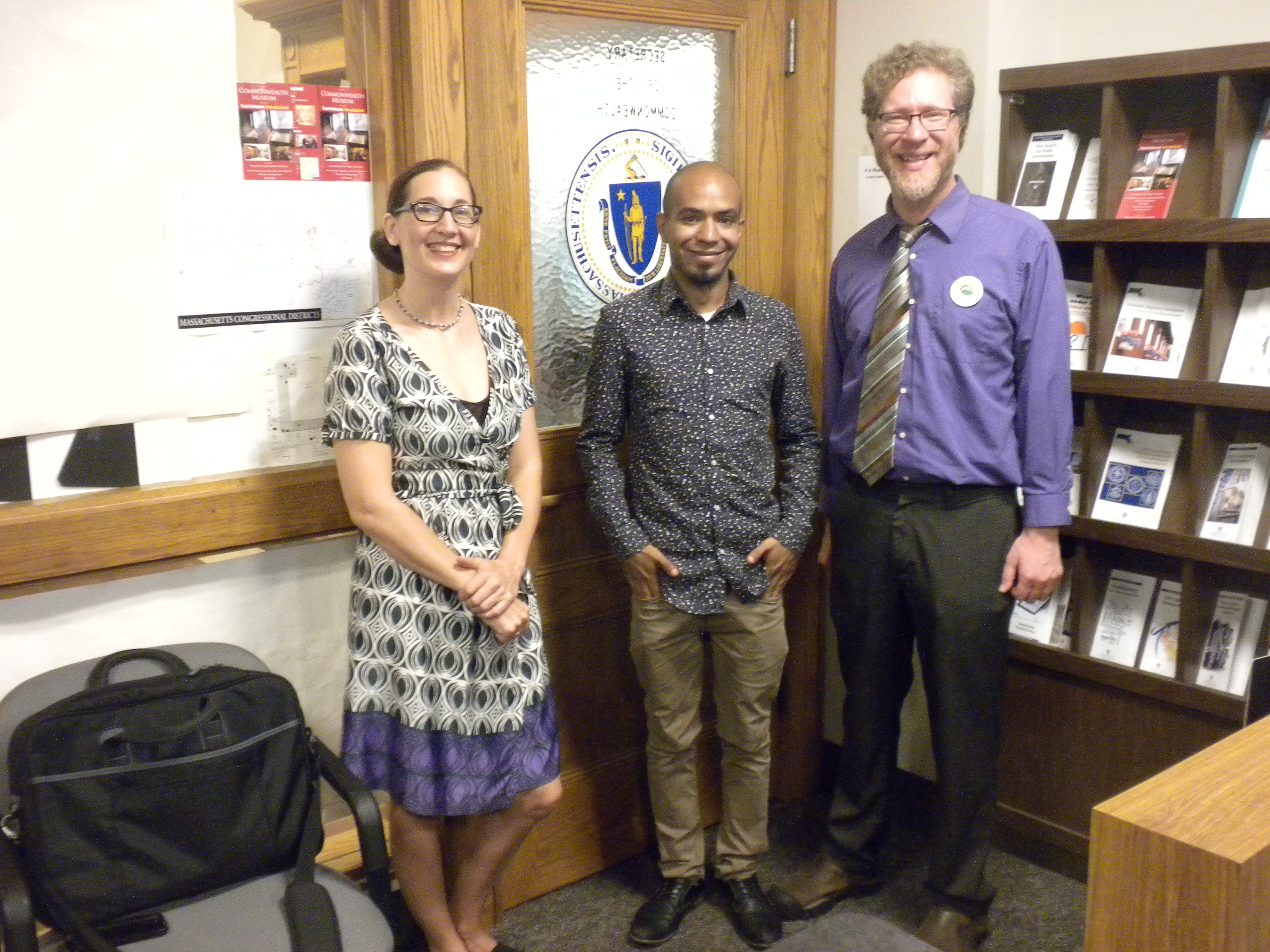 By putting these GRP candidates on the ballot, voters across Massachusetts are signaling their desire to change business as usual on Beacon Hill.  Being independent from corporate, lobbyist and dark money influences, these candidates are free to focus on neglected critical issues – funding education, improving healthcare, protecting the environment and ensuring good jobs and living wages for all.

Jill Stein, the Green Party presidential candidate in 2016 and 2012 noted, "I'm proud to support three Green-Rainbow candidates, Juan Sanchez, Jamie Guerin, and Jed Stamas, who are leading the charge for real solutions for the people of Massachusetts. A vote for them is a vote for a Commonwealth that works for everyday people - workers, students, the elderly, immigrants and the poor who are struggling to get by under policies driven by big corporate money on Beacon Hill. We've waited too long for change in Massachusetts, where wages have stagnated, higher education and housing costs have skyrocketed, and community programs have been severely cut as tax give-aways to the rich have drained billions from state coffers. These candidates will fight for concrete reforms to create real democracy, expose fraud and waste, restore integrity, and meet urgent neglected human needs."

Juan Sanchez, candidate for Secretary of the Commonwealth, is a community activist from Holyoke who ran for Holyoke City Council in 2017. “I am running to challenge a politician who has been in office for 24 years. Although his job is to encourage democracy, approximately 70% of Massachusetts state legislative races have been unopposed contests under his leadership. Rather than protecting a culture of incumbency, I vow to restore power to the voters and make democracy work for everyone.”

A mother of five from Northampton, Jamie Guerin is running for State Treasurer. “Today, I see ordinary people struggling to make ends meet in an economic system designed to make the rich richer. As State Treasurer, I want to establish an economic environment and state bank that works for the people, punishes polluters, funds local communities and promotes a living wage for all.”

Edward “Jed” Stamas, a science educator from Northampton, is the GRP candidate for Massachusetts State Auditor.  He has an important goal for the office – to become a true, independent watchdog for Massachusetts taxpayers. “Today we see flagrant financial misconduct like that in the state police go unfound for years under the current administration.  I will bring a new level of integrity to the audit process and ensure that taxpayer dollars are spent as efficiently and appropriately as possible.”

All these candidates will be on the Massachusetts ballot in November. For additional information on their platform, visit http://www.green-rainbow.org/2018_slate_candidates.