GRP and Republican Candidates Reach Out for Debates

On August 8th, Green-Rainbow and Republican Party challengers to the incumbent Secretary of the Commonwealth, William F. Galvin, sent a letter to the Democrat inviting him to a series of debates they plan to hold.

In the letter, Green-Rainbow candidate Danny Factor and Republican candidate Dave D'Arcangelo expressed their disappointment with Galvin's refusal so far to address voters alongside his opponents. They also expressed their hope that Galvin will join them in the debates to help voters make an informed decision in the election of Secretary of the Commonwealth this November.

Factor additionally commented on the issue, "Incumbents should be required to defend their record publicly, with all the other candidates present. That is democracy. This is why I and one of my opponents have requested to Bill Galvin that he join us in a series of debates."

You can read the full letter below. 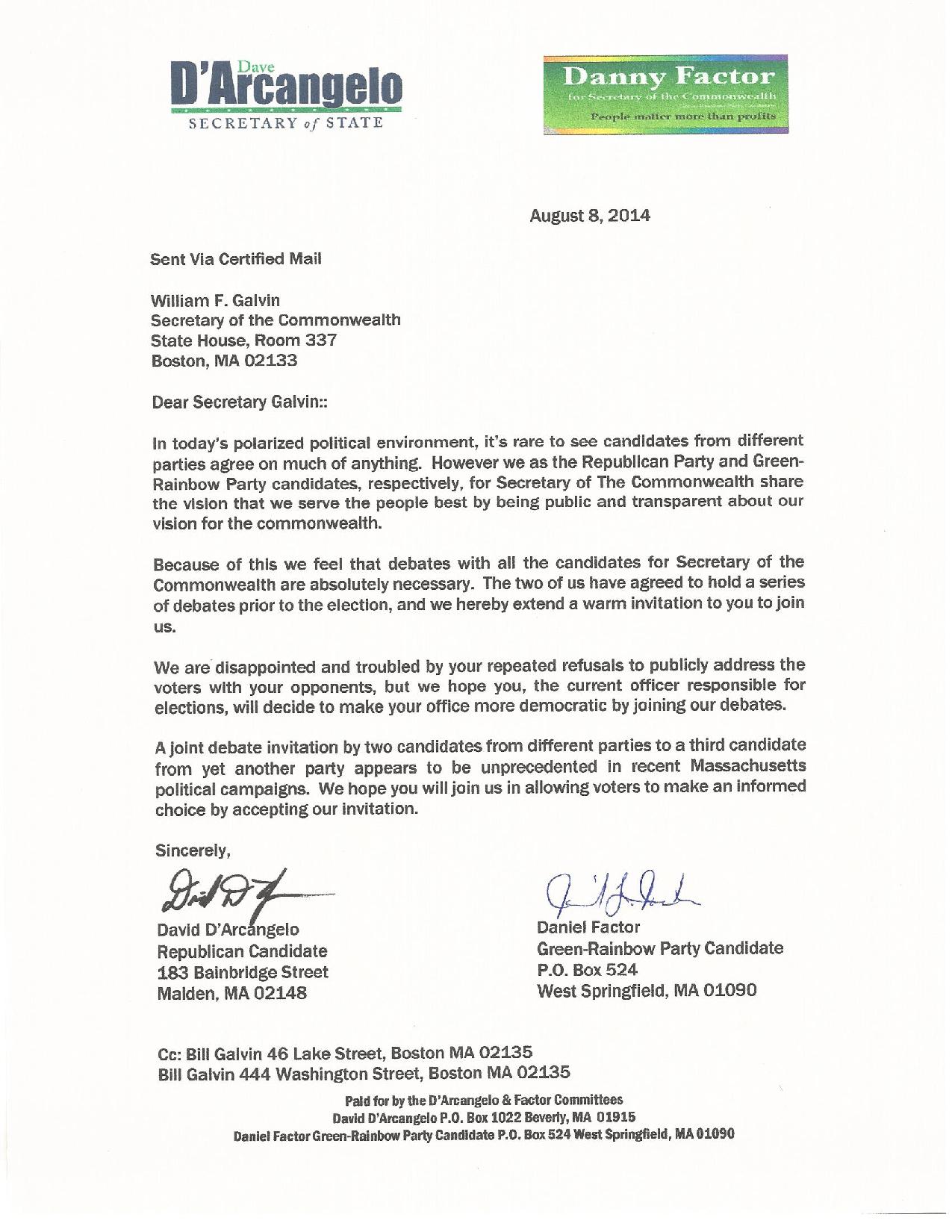