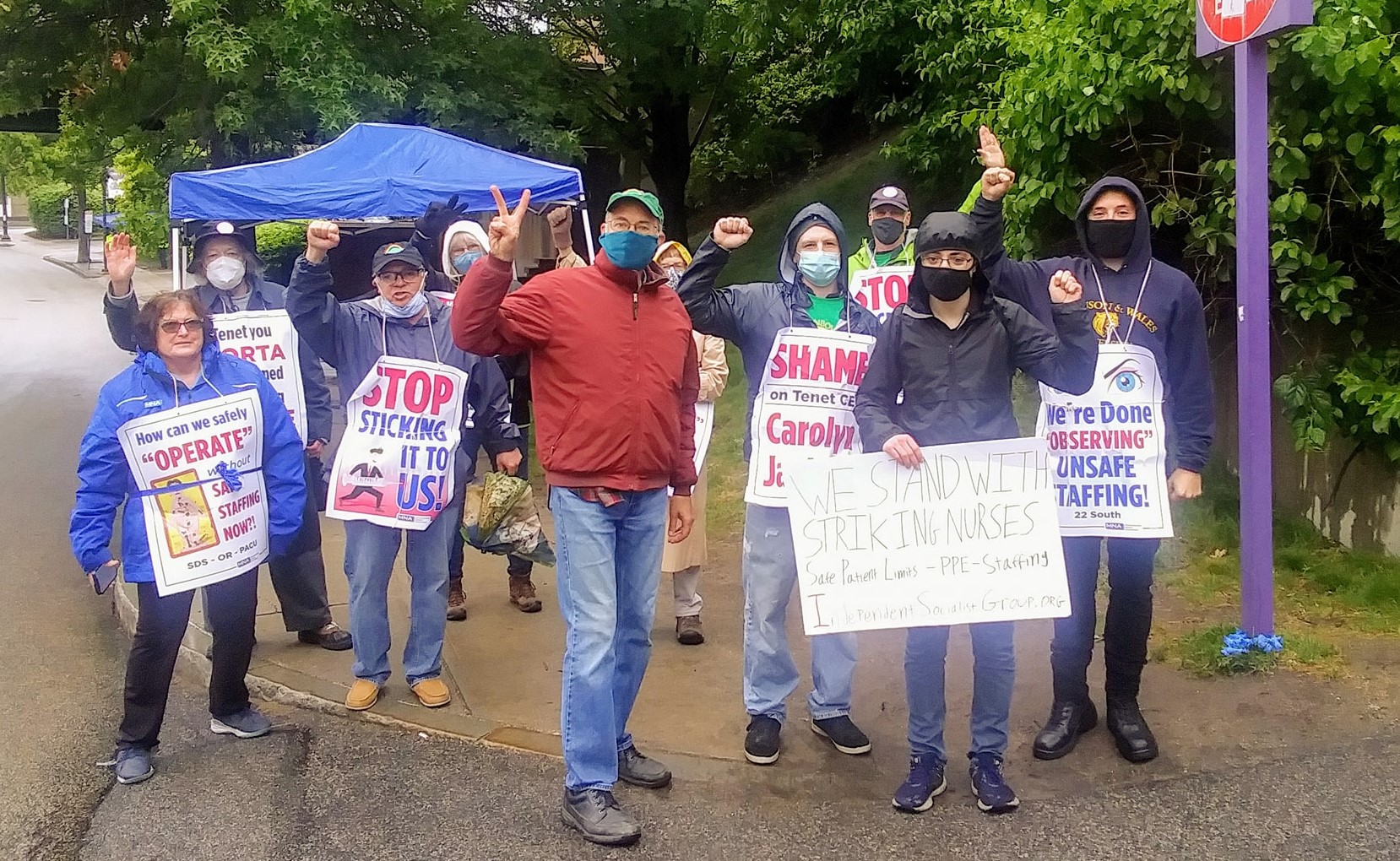 The St. Vincent Hospital nurses have reached a Tentative Agreement to end their 285-day strike against Tenet Healthcare. The agreement was reached on Friday, December 21st after an all-day meeting mediated by Secretary of Labor Marty Walsh. The Tentative Agreement guarantees the striking nurses the right to return to their original positions. It also provides the staffing improvements the nurses need to provide care to their community in the face of an emerging new surge of COVID-19 driven by the Omnicron variant.

Green-Rainbow party members picketed with the nurses on several days during the strike; the longest nurses' strike in Massachusetts history. Most party members joining the picket line were from the Central and Western Massachusetts chapters. Members from other chapters also joined in, as did allies from several other organizations.

The ratification vote for the Tentative Agreement will be held on January 3rd in Worcester.