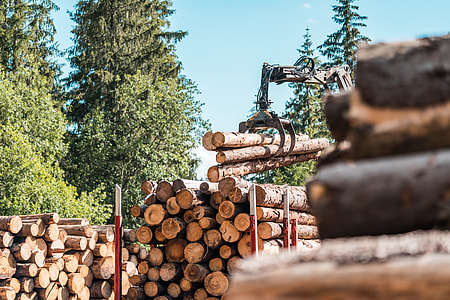 *AD Makepeace Corporation, headquartered in Wareham, is the largest private property owner in eastern Massachusetts The corporation uses cranberry growing as cover for clear-cutting hundreds of acres of mature forest, extracting gravel and sand in strip mines, and installing toxic industrial solar arrays on arsenic-treated poles in delicate pine barrens. Jim Kane, as President and CEO of Makepeace, is being awarded the Private Company Board of the Year Award by the National Association of Corporate Directors- New England on May 4 in Boston's Westin Seaport District Hotel.

Makepeace is responsible for the largest clear-cutting operation of the globally rare Pine Barrens in the towns of Plymouth, Carver, and Wareham.  Pine barrens are characterized by sandy soils that are poor in nutrients
and prone to drought.  They also help to protect the critical freshwater resources of this rapidly growing region. The pine forests and sand and gravel act as a natural filter for the carbon emissions creating cleaner air and water. Clear cutting and extraction take away this filter and allows pollution of water and the air.

Allies of the Green-Rainbow Party, including The Coalition of Land and Water, Save the Pine Barrens and Massachusetts Peace Action Indigenous Subgroup are joining to protest AD Makepeace and its role in greenwashing its destructive actions, including of the Pine Barrens, the extraction of sand, gravel, and silicon from the earth that has ruined dozens of residential wells and is endangering the sole-source aquifer for 8 neighboring towns.

Join fellow climate activists in opposing Jim Kane and the AD Makepeace board on May 4 from 5 PM-7 PM at the Westin Seaport Hotel, 425 Summer Street Boston in the Seaport.