Update on the Democratic Party’s Attempt to Crush Dissenting Voices 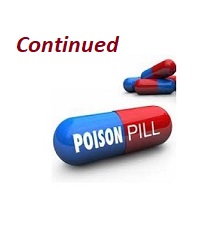 The so-called “For the Peoples” Act, more properly called the “For the Party Leaders’” Act, has hit a snag in Congress.  Republicans have refused to vote it out of the Senate Rules Committee. Although the House version, known as HR.1, sailed through the House of Representatives with its newly elected Democratic majority, on March 3rd, the Senate bill (S.1) has stalled.

The Senate is evenly divided, with 50 seats held by Republicans, 48 seats held by Democrats, and two seats held by independents Bernie Sanders of Vermont and Angus King of Maine, who caucus with the Democrats.

Thus the Democrats lack the votes to override a filibuster if they try to force a Senate vote on the bill in its present form.

Ironically, Republicans have assailed the bill as an unwarranted federal intrusion in state election administration and a massive power grab by Democrats.  In fact, Greens see this bill as a proposal to raise the barriers to entry by third-party and independent candidates.

This stalemate won’t last forever.  Bargaining will have to begin.  It is time for Greens to speak out, especially to “good government” groups such as Common Cause who ignore the purging effect on third parties while they push hard for HR.1/S.1.