What Did NOT Make the COP-OUT 26 Report 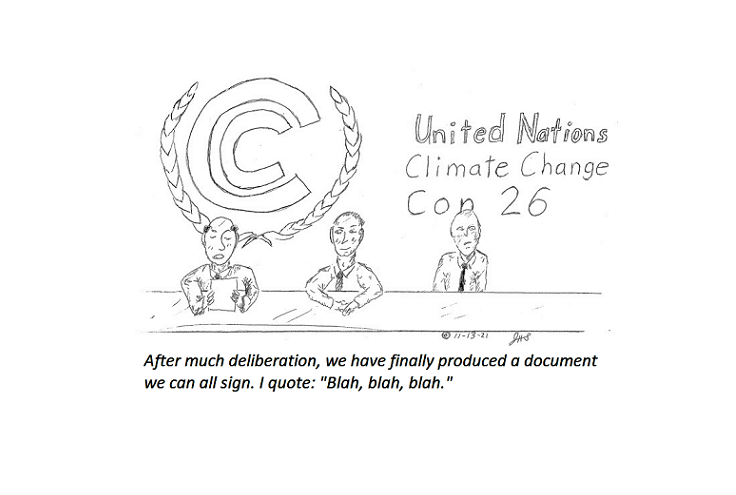 With thanks to Greta Thunberg

1. Over 500 fossil fuel lobbyists were at COP 26, more than any other single delegation. consortiumnews.com

3. Selling more than 1.7 million acres in the Gulf of Mexico for oil and gas development just days after the international climate talks makes a mockery of those commitments. newsweek.com; Marketplace.com; huffpost.com

4. According to researchers behind Climate Action Tracker, global greenhouse gas emissions in 2030 will be roughly twice as high as necessary to limit warming to 1.5 degrees centigrade even if the nations meet their pledges - including those issued at Glasgow.

5. The US' blockage of loss and damage finance is a betrayal of the communities most impacted by, and least responsible for, the climate catastrophe. - Yahoo News

6. Militaries, remain exempt from this climate agreement, AGAIN; like the US military - one of the largest single carbon emitters in the world. captain-planet.net