Democratic Intentions are not Enough 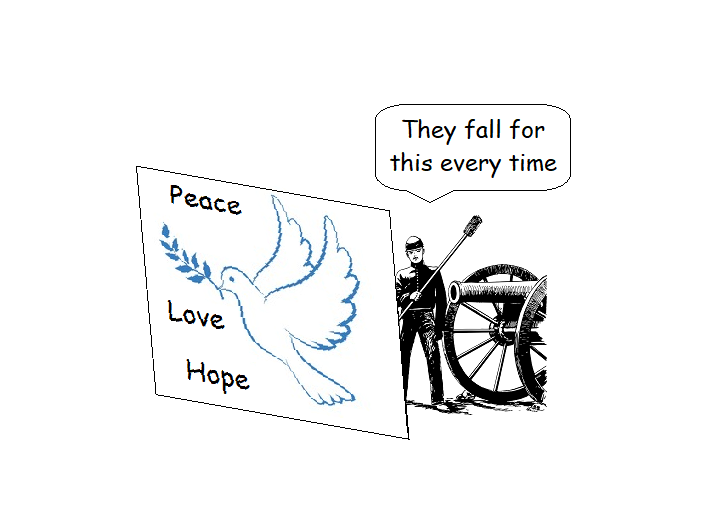 Actions speak louder than words. From the Squad to the Bluest Blue dog Democrat with their recent, unquestioning vote for $40 billion for Ukraine they have continued to sell the people down the river in favor of war.

The relation of the Peace movement to the Democratic Party has elements of an abusive relationship. They (Dems) promise that, if elected, they will prove their loving commitment to us. Their behavior will improve. Hopeful voters, once again, elect Democrats. And whammy, we get smacked in the face after voting for the “lesser evil”, we lose the right of choice for women, and gain a 100% vote for war--not one single vote in the party for peace!!

On May 14, ten people were killed by a racist shooter in Buffalo, NY. Ten days later, 19 fourth graders and their two teachers were murdered by another 18-year-old shooter in Uvalde, Texas. Just three days after the Uvalde massacre, the National Rifle Association held its annual convention in Houston, and speakers espoused near-total opposition to gun control. Chief Democratic negotiator, Senator Christopher Murphy, is “scaling back” gun control talks with his Republican counterparts to “get legislative momentum” and to “reassure voters that representative democracy can still function.”

On the world stage, President Joe Biden recently signed an additional $40 billion in arms and financial support for Ukraine. Not one word of opposition from the Democratic Party. Not one "pro-peace" vote. Recently, and in between these frames, no increase in the minimum wage, no student debt assistance, no Medicare for all, no worthy environmental program, no tax relief for workers, no strong union support, and no continuation of the Child Tax Credit, etc., etc.

Our two-party political system is broken beyond repair. This is not a recent phenomenon. It has been evolving for decades as the American trajectory speeds toward political, economic, and social repression. Not only do the brakes need to be applied, but a total change in direction needs to be implemented. This will only happen when a political movement, a third party, steps up with new ideas and an uncompromising commitment to real change. Now is not too soon.

If we need any further proof of the dysfunction of our government and failure of our society, political atrophy in the face of repeated massacres of our children is it. Shame and disgrace upon all our political leaders held captive by the anti-life actions of the NRA and their political “yes men and women". For those of us within the Green Party, we need to step up our efforts to grow and build the movement, for those of us still in the ranks of hopeful Democrats we invite you to explore the alternative. Together our responsibility is to bring a truthful, hopef`ul future based on hard reality and an enlightened vision.