Thanks for supporting our three statewide 2018 GRP Nominees.

"I'm proud to support three Green-Rainbow candidates, Juan Sanchez, Jamie Guerin, and Jed Stamas, who are leading the charge for real solutions for the people of Massachusetts. A vote for them is a vote for a Commonwealth that works for everyday people - workers, students, the elderly, immigrants and the poor who are struggling to get by under policies driven by big corporate money on Beacon Hill. We've waited too long for change in Massachusetts, where wages have stagnated, higher education and housing costs have skyrocketed, and community programs have been severely cut as tax give-aways to the rich have drained billions from state coffers. These candidates will fight for concrete reforms to create real democracy, expose fraud and waste, restore integrity, and meet urgent neglected human needs."

Over 100,000 voters chose Green-Rainbow candidates in November 2018 to build a government that prioritizes people, planet and peace over profits 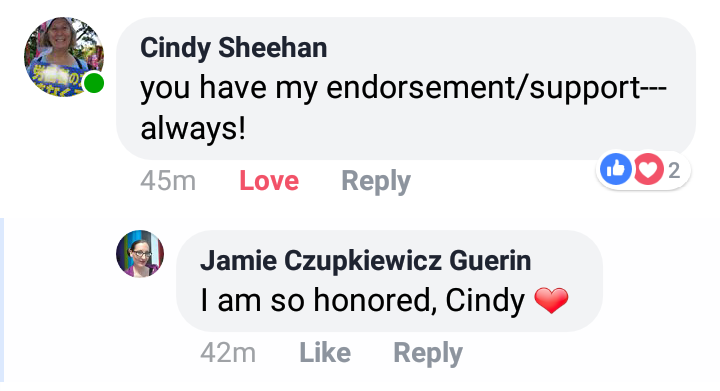 GRP Candidates don't accept [aren't influenced by] dark money from corporations or lobbyists. Assert your individual voice by donating to their campaigns today!