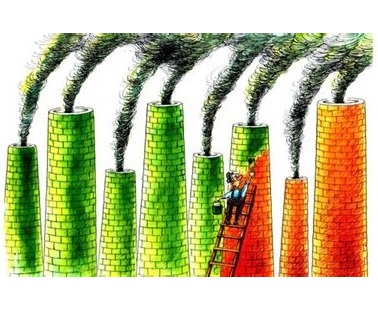 Alison King (NBC Boston):  And just quickly, is there anything about the Green New Deal that goes a bit too far, in your opinion?

Maura Healey:  "My plan is to have a diverse portfolio. One of the reasons that we’re in the fix we are with energy prices right now is that we’ve been held hostage by Big Oil and the fossil fuel industry. We need to diversify that here in this state. Solar, wind, storage, and the like.

I’ve supported many of the moves of the Baker administration and of the legislature.  We need to continue on that path. Our economic well-being, and frankly, Alison, our state’s competitiveness, is going to be dependent on this."

Healey is committing to a “diverse” portfolio of energy, NOT a portfolio that moves rapidly to eliminate fossil fuels.  This type of dodge began with oil man George Bush’s “All of the Above” energy policy.  It allows politicians to continue investing in fossil fuels and continue issuing permits for gas pipelines and drilling.

It’s worth noting how far short Healey is from the climate position taken by the United Nations, COP27, the Green Party, Extinction Rebellion, or activists like Greta Thunberg.

Healey’s criticism of fossil fuel companies ignores the climate catastrophe posed by fossil fuels. Rather, it centers on their ability to inflate prices in a capitalist market. Competition from other energy sources is her answer.  Her faith in capitalism blinds her to the fact that lower energy prices only encourage more consumption.  Additionally, capitalist enterprises, with help from friendly politicians, are moving to control renewable energy and keep it from slowing down their profitable exploitation of oil and gas reserves.

Healey is dismissive of the “Green New Deal”. Her answer sends the message that it is so unimportant that people running for office don’t even have to read it carefully.  She could have responded in a way that acknowledged its significance.  Greens believe that the Green New Deal (at least the more serious version articulated by Greens) is extremely important because it is the only energy proposal that will truly resolve the climate crisis that threatens to destroy human civilization as we know it.

It is significant that Healey is trying to sell her “diversified” energy plan for its economic benefits.  She doesn’t want to acknowledge that the climate crisis is a threat that goes far beyond some economic boost to the state economy.  Her message is a terrible one for those of us seeking decisive climate action.  It implies that if someone believes they can make plenty of money through an economy powered by coal or oil, they don’t have to support any major change to energy policies.

It’s clear that Maura Healey is no friend of those who struggle against foot-dragging and greenwashing.  Healey is almost certain to be elected governor in Massachusetts.  Her minor steps to reduce greenhouse gas pollution will be spotlighted by a compliant press.  Our job, as ever, will be to unmask the greenwashing and to demand decisive science-based action to save the planet.