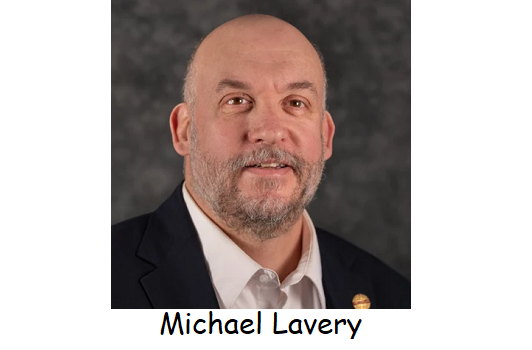 Michael Lavery is more concerned with being judged on his actions than his words. So as his campaign for State Representative in the 3rd Berkshire District begins to gain traction, the 51-year-old Green-Rainbow candidate can point to what he’s accomplished in his two terms on the Select Board of Becket, Massachusetts. When Lavery says he stands for a Green future, he can prove it by making reference to his past.

In his five years on the Select Board of this western Massachusetts town, Lavery has been instrumental in local achievements such as the installation of four charging stations at the Becket Town Hall for electric vehicles, the banning of plastic bags, and the preservation of open spaces for recreation.

"I try to walk the walk, not just telling people what to do," Lavery says. "I’ve got to put my money where my mouth is."

Describing himself as a "fan of constant learning," Lavery has earned a Bachelor’s Degree in Computer Science and a Master’s Degree in Public Relations. With his wife and two sons, he has solar panels on his home, drives an electric vehicle, owns bee hives and chickens, and brews his own beer.

"We try to live off of the land as much as we can," he says.

Lavery is excited by the idea of making the move from a local official to a State Rep, a transition that would allow him to make greater progressive changes in the Commonwealth.

"It’s unimaginable to me how our two parties have done nothing about climate change," he says. "The state has a plan to go renewable by 2050, but I’d like to see it accomplished in 10 years. The Democrats haven’t done anything meaningful to reverse climate change, the Greens are the only way to go."

Lavery affiliated with the Green-Rainbow Party in 2021. He is a member of the Democratic Socialists of America in addition to being a Marine Corps Reservist.

"I grew up in a small town with a politically engaged family," Lavery says. "My mother was a member of the League of Women Voters and when I was a child she would take me to our school gymnasium to stand with her as she pulled the lever in the voting booth. I eventually learned through trial and error about political campaigns by working as an organizer – lessons I’ve been able to apply to my own campaigns."

Lavery is running against "Smitty" Pignatelli, a Democrat who has been on Beacon Hill for 20 years. Lavery says he has "respect" for Pignatelli, but that "there’s daylight between us on various issues."

Lavery is seeking greater transparency at the State House, pointing out that while his votes in Becket are preserved and posted on the town’s website, state legislators’ votes are not recorded for the public record, a practice Pignatelli has voted to maintain.

"I have the government experience to be effective on Beacon Hill," Lavery says. "I know how big budgets operate and I have the legal experience from working with the system. I’ve worked with both Democrats and conservatives."

Terms for State Reps are two years, something Lavery is well aware of.