Thousands March On for Palestine 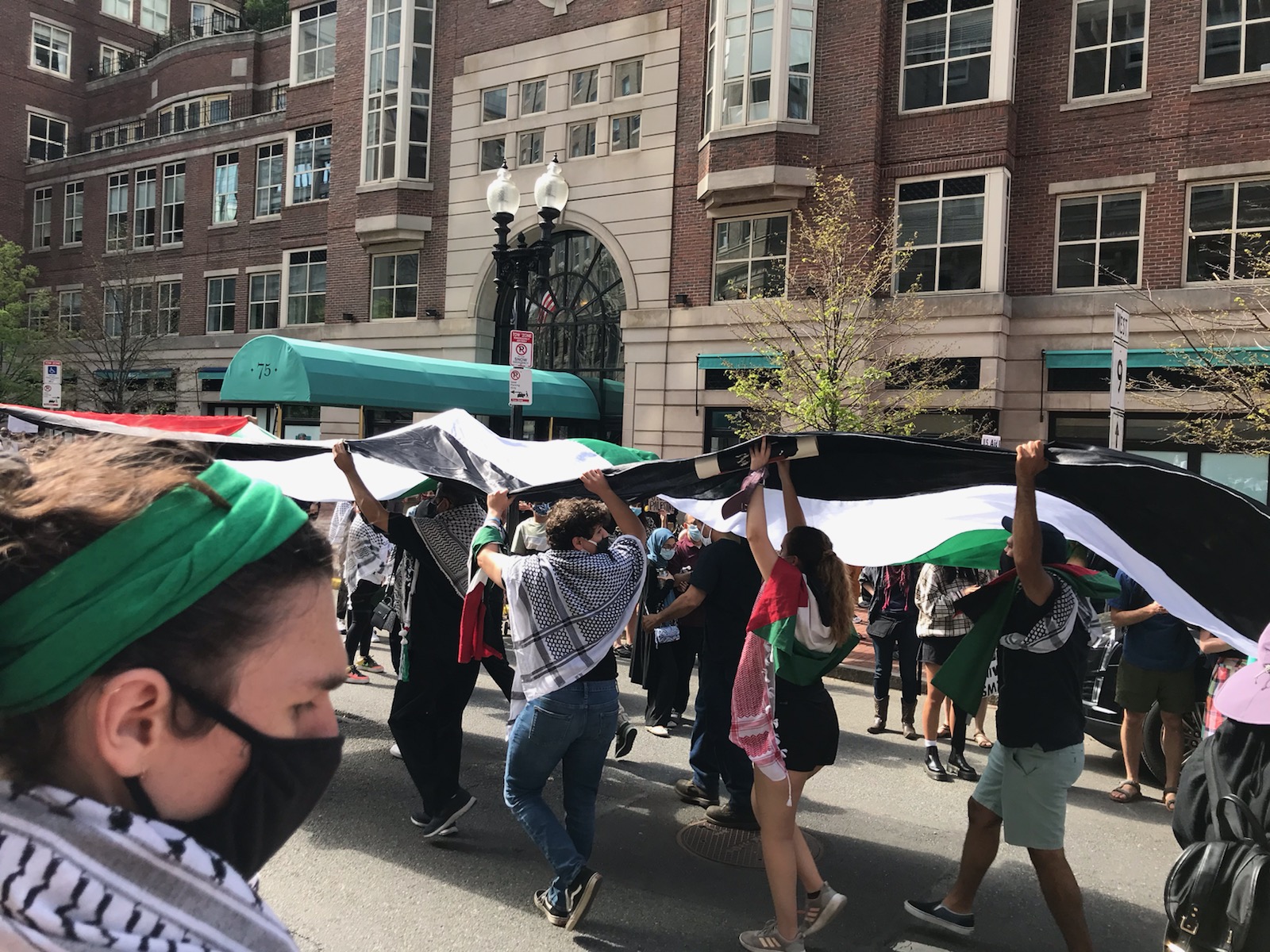 In a series of rallies at Copley Square, Boston, and elsewhere, activists, led by young Palestinians, have brought home the issue of Israeli Zionist apartheid and violence. Cries of "Free, free Palestine," and "From the river to the sea, Palestine will be free!" filled the streets May 12, 15, 18, and 22. In Boston, thousands marched to the Israeli consulate, some holding a huge Palestinian flag above their heads.

Organizers may be contacted via [email protected].

May 15 is the global day of remembrance of the Palestinian Nakba of 1948, the forced departure of 750,000 Palestinians from their homeland. For Palestinians, the Nakba continues today in the displacement of families from the Sheikh Jarrah neighborhood of Jerusalem. Their fate is at the mercy of an apartheid Israeli court system that acts contrary to law. Armed settlers have run amok in Palestinian neighborhoods in Jerusalem and throughout the Zionist-held territory.

A flashpoint this month was Israeli occupation forces' storming of the Al-Aqsa mosque, the third holiest site of Islam. Worshipers there were arrested or injured in the hundreds.

The Zionist state executed a week and a half of bombing of the besieged Gaza strip in which 2 million Palestinians are imprisoned. Over 200 were killed, including more than 60 children.

The local Palestinians' media advisory states, "Organizers emphasize that African Americans and Palestinians share the same struggle for liberation" under oppressive, settler-colonialist systems: "Palestinian liberation is bound to Black liberation, indigenous liberation, and the freedom of all oppressed peoples."

Greens will want to join coming events in solidarity with Palestine. Watch this space for more information.