Contents of This Issue

The fall election is only a few weeks away.  Now is the time to show your support for the Green-Rainbow candidates running for city offices.  Every race has real implications for the growth of our party.  Win or lose, the way we run for office recruits volunteers, identifies donors, and establishes the credibility of our electoral efforts.

What do our candidates need?  First, they need you to contact their campaigns and volunteer to help.  If you can spend even an hour or two in one of the places where a GRP candidate is running, you can offer to hold a sign, knock on doors,  help with office work.  You can make campaign phone calls from anywhere in the state.  Secondly, you can make a donation to their campaign.

Here are four campaigns that are active and need your help.  Don't delay - the sooner you act the more effective your help will be.

The GRP has formed the Carvalho Campaign Support Team to coordinate party support for Joe Carvalho. See article below on the Carvalho campaign.

In addition, many of you met Anna Trevorrow from Maine when she came down to Worcester to speak at our Green Campaign School.  Anna is now running a great race for School Board in Portland.  Check out her campaign here.

There is a deep and growing awakening in America to the fact that our government is not serving the people.  It's evident all across the political spectrum.  On the left, it manifests itself in the Occupy movement with their call to reject the rule of the 1%.  On the right, it's evident in the Tea Party which declares that government itself is the enemy.  And in between, it's evident in poll numbers that show decreasing confidence in elected officials.

There is almost no segment of society that expresses confidence in those who currently hold power.  Even before the current government shutdown fiasco, 78% of Americans disapproved of the way Congress is handling its job.  Some recent polls have found Congressional approval ratings as low as 5%.

In fact, Congress is less popular than cockroaches.  Literally.  In a survey taken in January, one question was "What do you have a higher opinion of: Congress or cockroaches?".  Congress lost 43% to 45%. 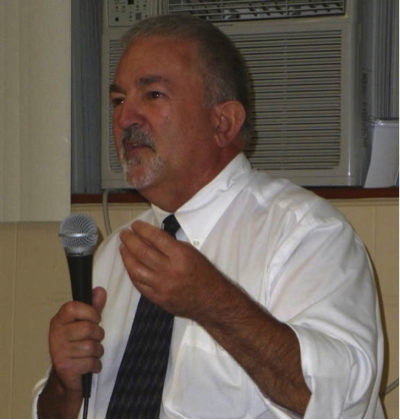 Sometimes, one honest man can change a city.  In Fall River, Massachusetts, that man has appeared.  His name is Joe Carvalho and he's running for mayor.  If he wins it will propel Fall River into the forefront of a national green wave that is bringing change from the grassroots up.

Who is Joe Carvalho?  He's a Fall River native, a Vietnam veteran, a former social worker and counselor.  He's a local environmental hero - the winner of the 2010 Alison J. Walsh Award For Outstanding Environmental Advocacy presented by Save the Bay.

He's a grassroots community leader, a former president of the Flint Neighborhood Association, and a member of the Green-Rainbow Party.

Joe was president of the Coalition for Responsible Siting of LNG Facilities, a group that took on Hess Oil over its plans to build an LNG terminal in Fall River and sail dangerous LNG tankers through a narrow channel lined with homes and schools.  They said that stopping Hess was impossible.  But "impossible" is not in Joe's vocabulary.  Joe won the fight against Hess. And he thinks that the same people power that won that battle can turn the tide against unemployment and decay in his city.

The unemployment rate in Fall River is over 12% - higher than 99% of the other municipalities in Massachusetts.  Fall River's poverty rate of 21% is more than double the state average.  Joe says that Fall River can't solve these problems with politics-as-usual.   Joe envisions a rebirth of Fall River based on honest government,  local job creation,  and neighborhood revitalization.  He envisions a city with a clean environment, sustainable energy, thriving tourism and vibrant small businesses.

We know that a Green mayor can have a major impact on a city, as we've seen in Richmond, California where Green Mayor Gayle McLaughlin has been standing up to a polluting Chevron oil refinery and pioneering the use of eminent domain to save homeowners from predatory foreclosure.  Joe Carvalho can provide that caliber of leadership for Fall River.

In the preliminary election held in September,  Joe placed second in a field of six candidates.  This launched him into a one-on-one race with the incumbent mayor.

Joe has a real chance to win this election.   If he does, it will have a national impact as a sign that voters are rejecting politics-as-usual.  Regardless of the final outcome,  Joe's campaign is laying the foundation for a vigorous Green-Rainbow presence in Fall River.  Plans are already underway to establish a new GRP chapter and prepare for future races. This is how we take our democracy back, one city at a time.

You can learn more about Joe's campaign by visiting his  website.

Join us at the debate on October 29! 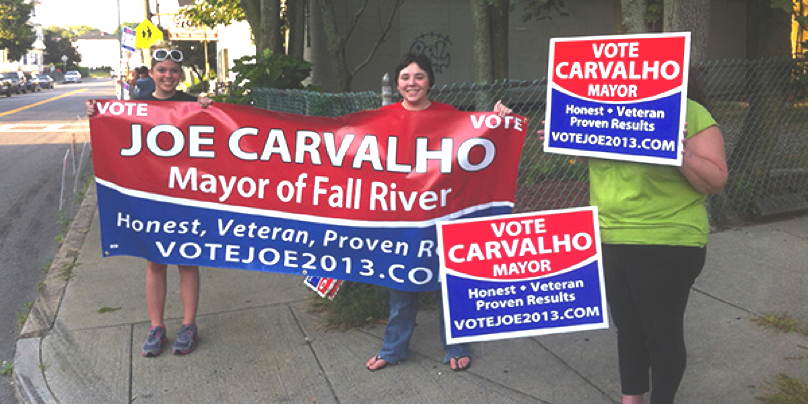 On Tuesday, October 29, Green-Party mayoral candidate Joe Carvalho will be in a one-on-one debate with incumbent mayor William Flanagan!  This is our chance to showcase Joe's enthusiastic support.  The mayor will undoubtedly turn out dozens of city workers to hold his signs.  We're asking GRP members to show their support for Joe by going to Fall River and cheering Joe as he enters the debate.  Please consider driving to Fall River on October 29.  We are trying to organize car pools, so let us know if you are coming and either need a ride or can provide a ride.  If you can come, please write to [email protected] or call 781-325-5004.

Congratulations to Francisco White, who ran for office for the first time this year and won 2,745 votes for an at-large seat on the Boston City Council.  In the intense political hothouse of Boston city politics, the competition is fierce.  It's no surprise that as a first-time candidate with limited resources, Francisco did not win a seat on the City Council.  But Francisco did an excellent job representing the GRP.  And his campaign was a valuable learning experience for the party.

After the election, Francisco wrote that he is open to running again.  According to Francisco "It is a perfect time to be politically involved Greens in Boston, having just concluded a respectable citywide campaign that was built on our party's key values. It's the right time for party/chapter building and building relationships with others. You can count on me to contribute enthusiastically to those efforts."

Rev. Edward Pickney, Danny Glover and Jill Stein were featured speakers at the Black Autonomy Network Community Organization (BANCO) Justice Fund Dinner in Benton Harbor, Michigan on Saturday, October 5, 2013.  They noted that the struggle of Benton Harbor for justice is being fought in cities across America.   Click Here to read newspaper article about the event.